At an unspecified time and place, a woman sleeps on top of a television. ”Innocent” and unsuspecting at whatever age she is, TV for her is her bed, her sleeping pill and the substitute of life. The dream of her higher self passes trapped through the TV screen. What is her specified route? And what will happen when an alternate consciousness “arrives” unpredictably into her gray everyday zone?

Now that the collapse of values, systems and hallucinations is obvious, the arrival of a different consciousness oriented in uniting and not fragmenting, is a challenge. Our fall could be also our awakening. Next step? Still unknown.

A work in progress, which is presented again with a new look, having as main subject the control and the fragmentation of the individual through the media, a seasonable situation that has a pessimistic future anticipation. The keystone was the dance video art “antanaclasis”, it continued as a live performance at the Thessaloniki Performance Festival, a parallel program of Biennale 3(2011), and ended up as a complete story in the dance performance “meta”, presented in Athens (ReMap Festival and Athens Videodance Project, 2011) and Patras (Lithographion, 2012). 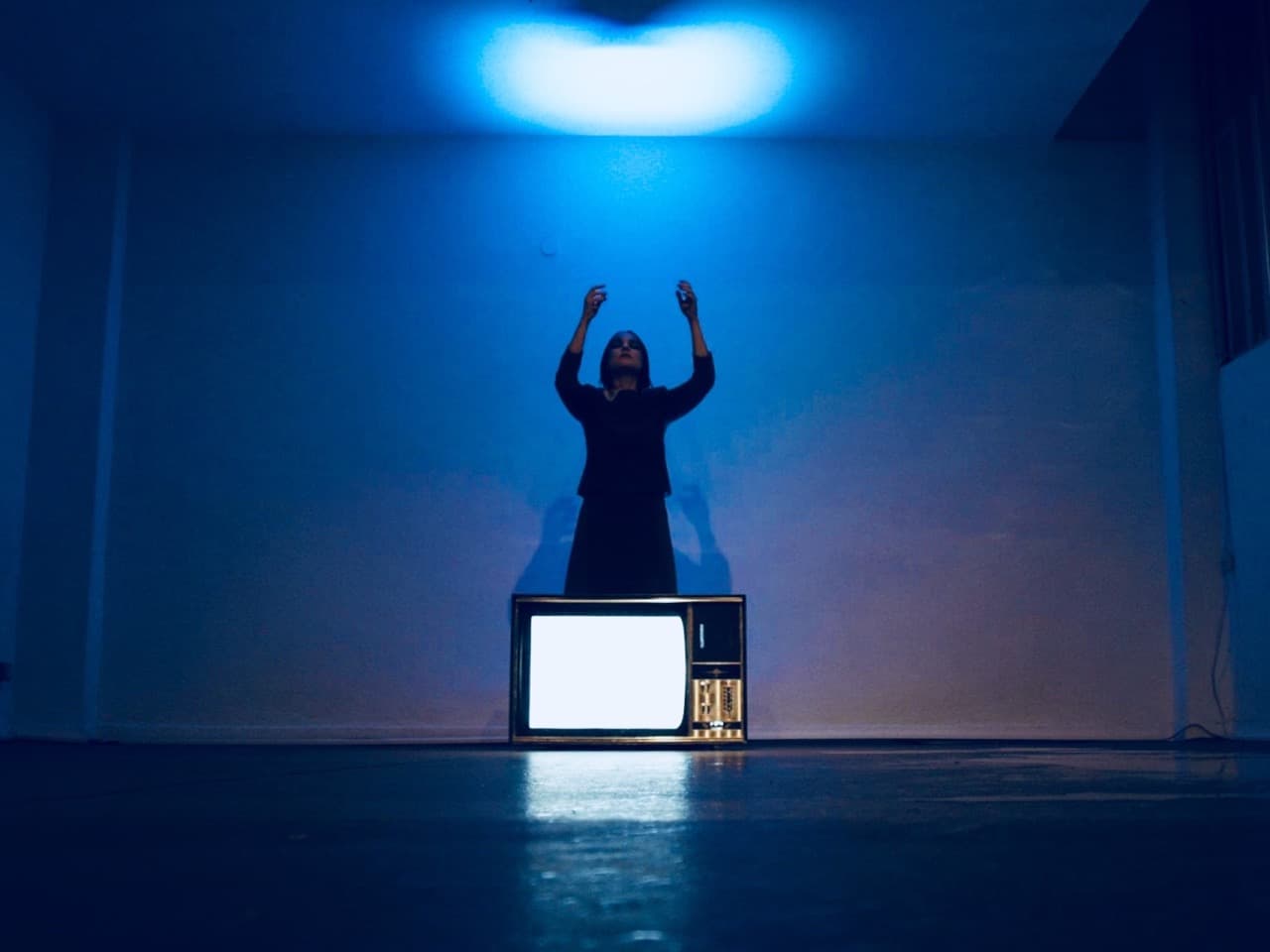 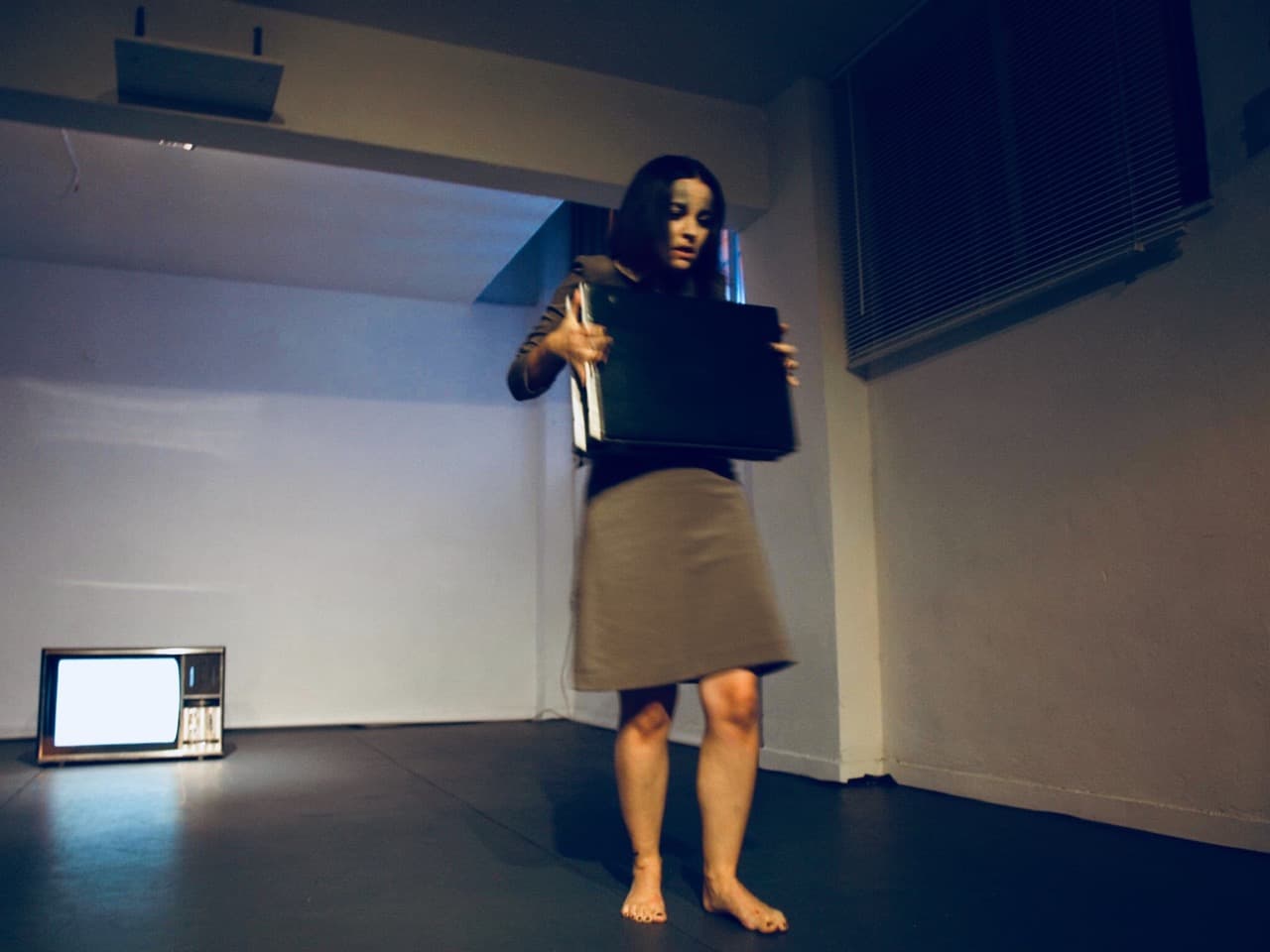 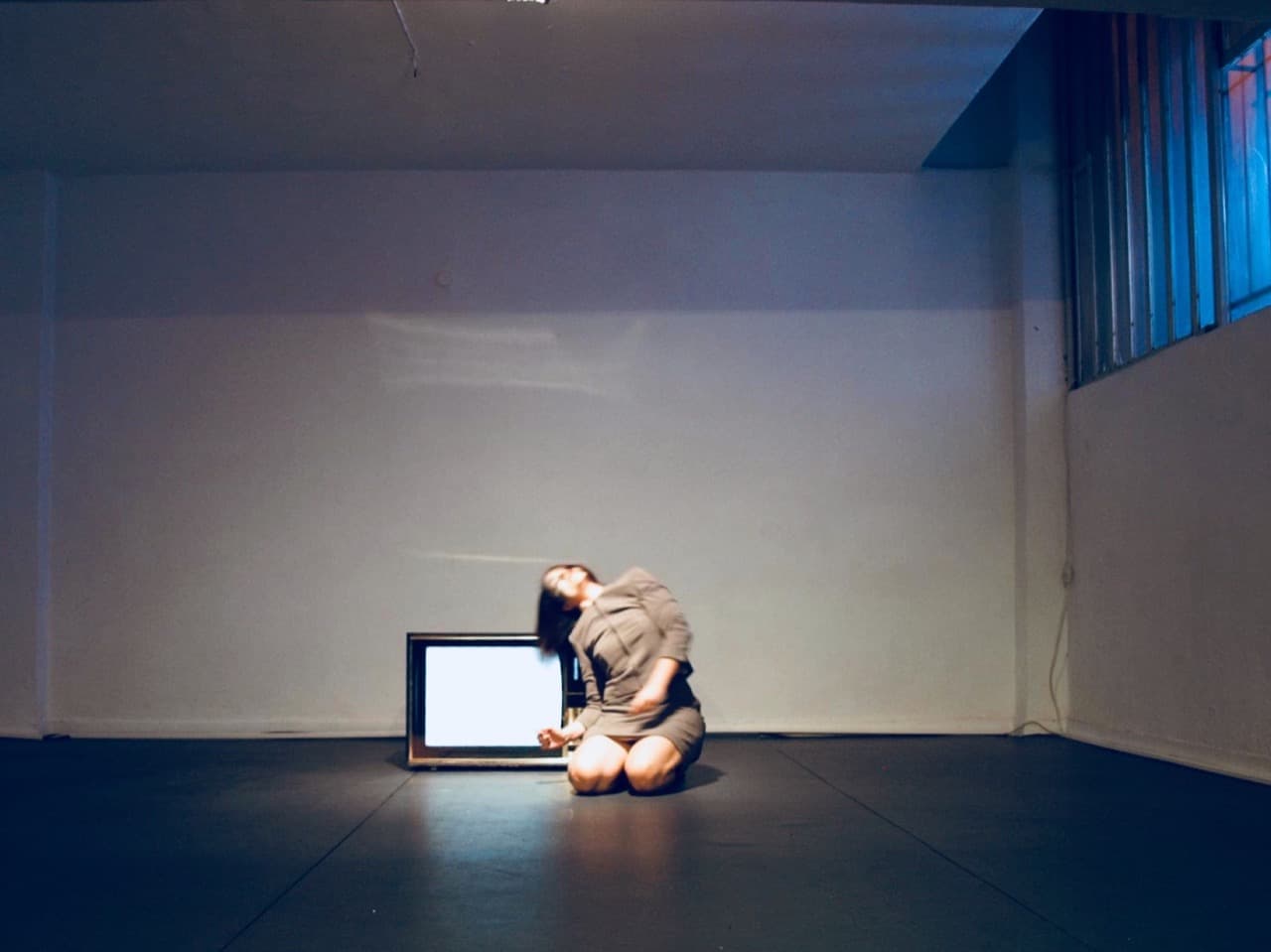 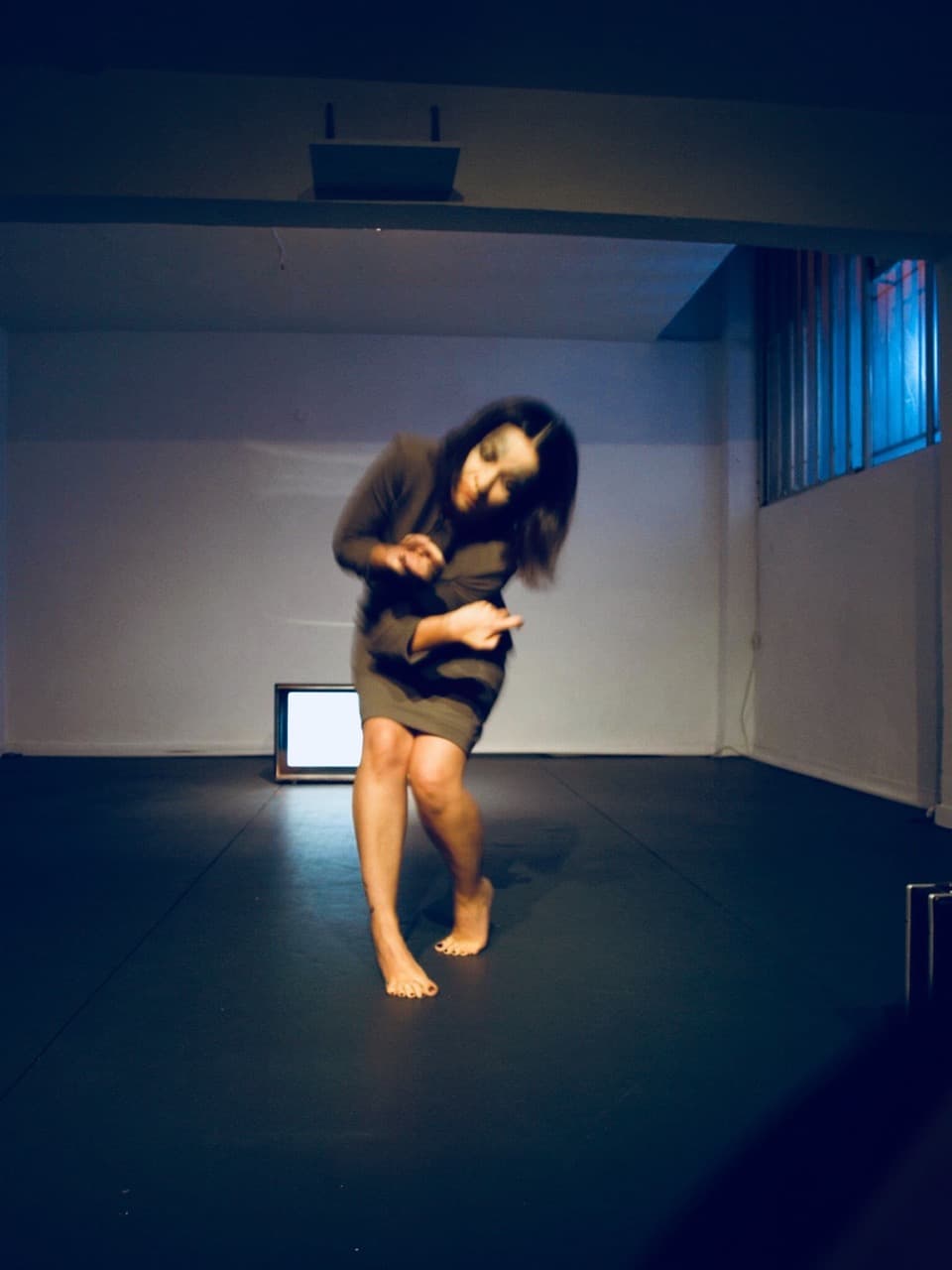 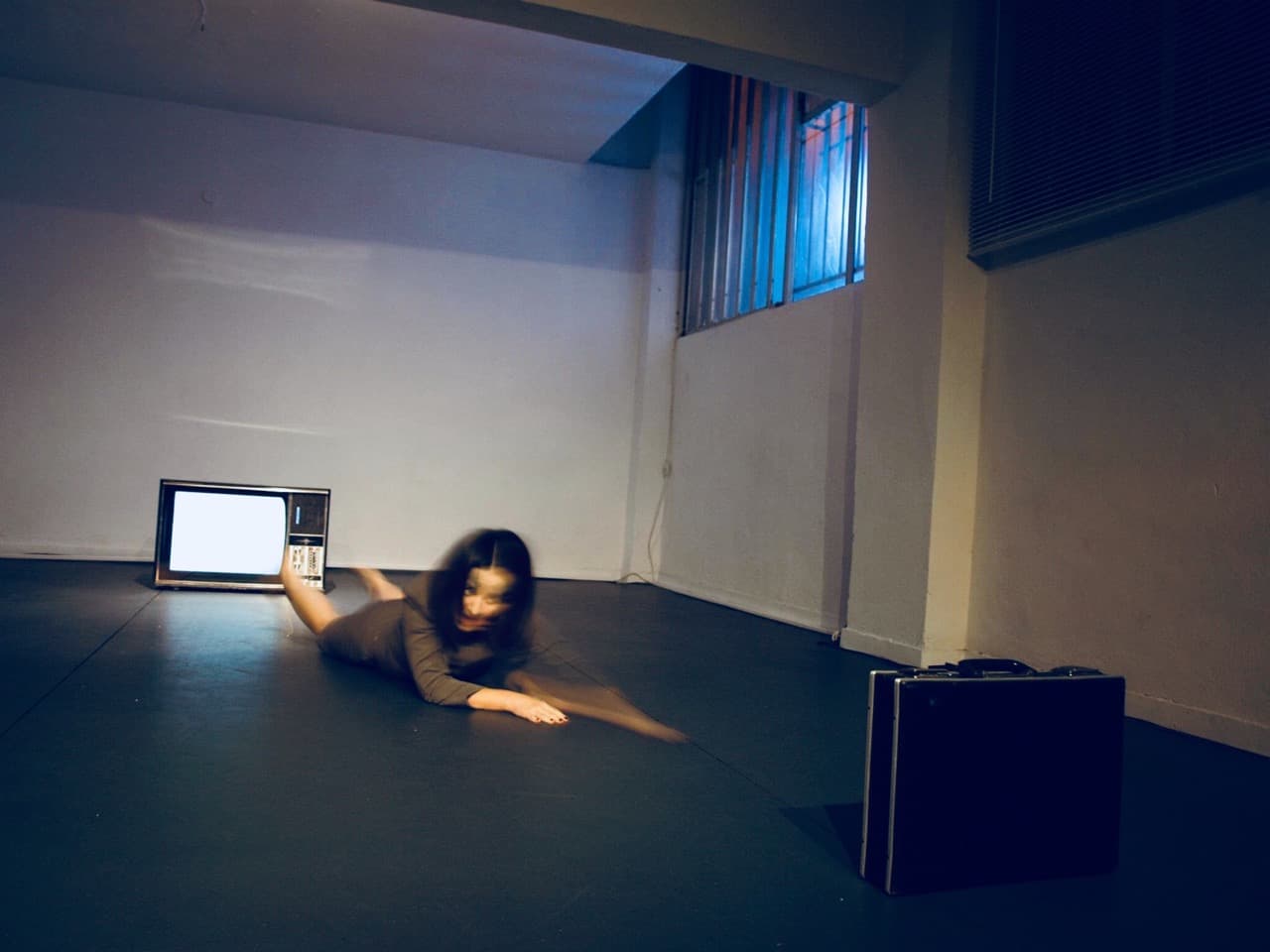 Evi Tzortzi evokes the possibility of a happy after. Do the blatancy of alienation and the collapse of materialistic and media values give space to one’s union with oneself? Has the time for individual awareness come? Perhaps.
Marie-Juliette Verga-www.danzine.fr

It was approached and interpreted with directorial and choreographic ingenuity and the result could not leave us indifferent. This ingenious concept and choreography does not end there, but continues in what comes next(“meta”).
dancetheater.gr

Evi Tzortzi creates a brief yet glorious performance. The spectacle in this play does not simply reverse the reality. It eliminates it. Tzortzi’s television shows only parasites, “noise”, which perfectly coordinate her at their own frequency of a pseudocyclic time.
Nikolas Mitzalis - columnist, architect