Formed in Basel, Switzerland, in 2017, the duo is based on the love of sound in all his different appearances. They share the same view over free improvisation: the process of creating coherent (or not) musical content in and of the moment.

They play together by creating a musical language in a communicative-collaborative manner, listening to each other, experimenting with different sounds with no restrictive judgments.

There is no right and wrong in this (intuitive) music. 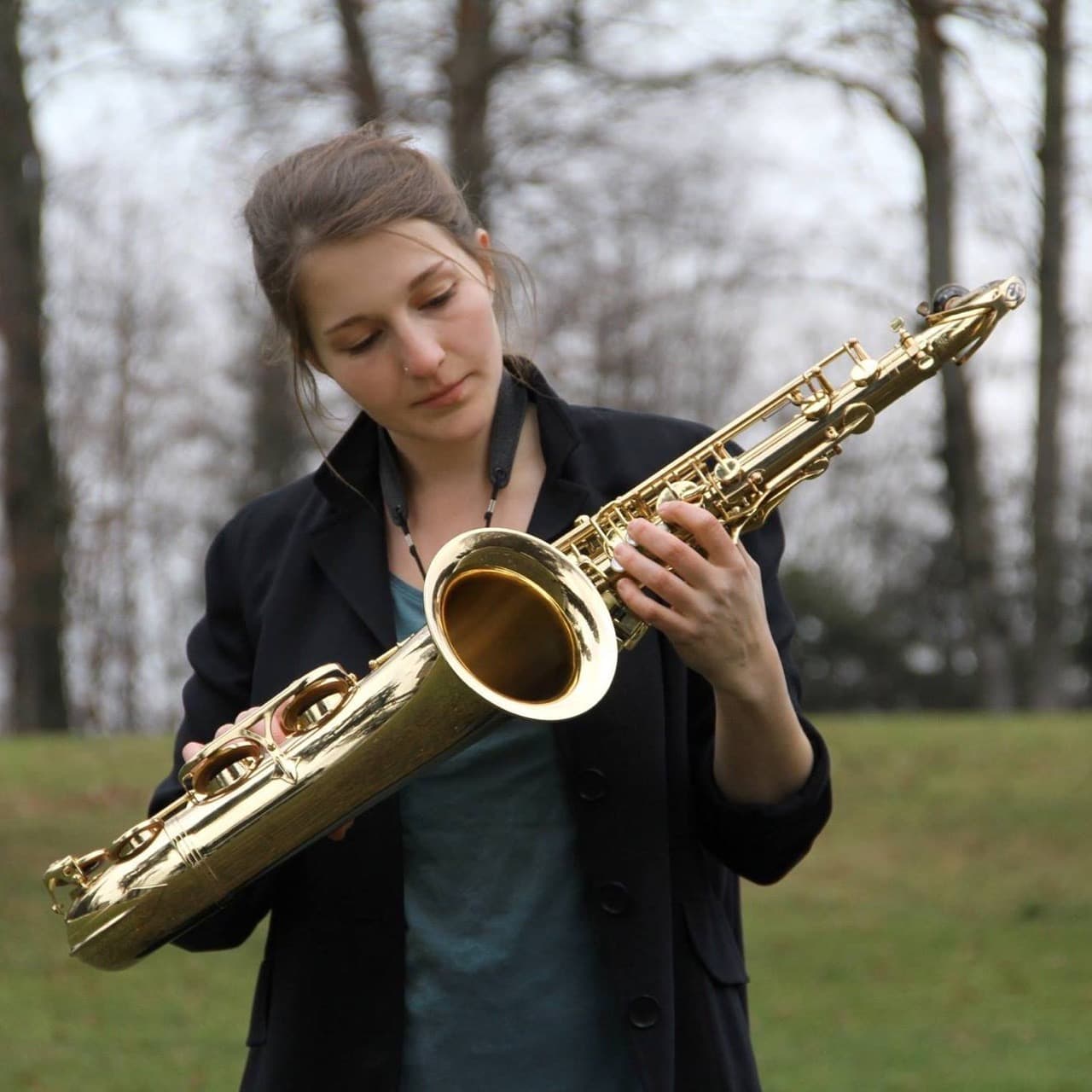 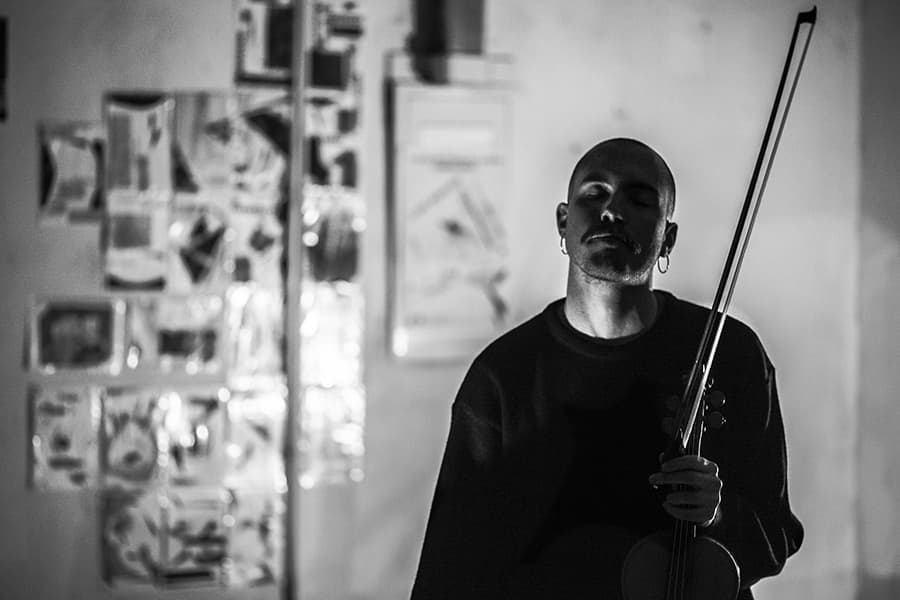 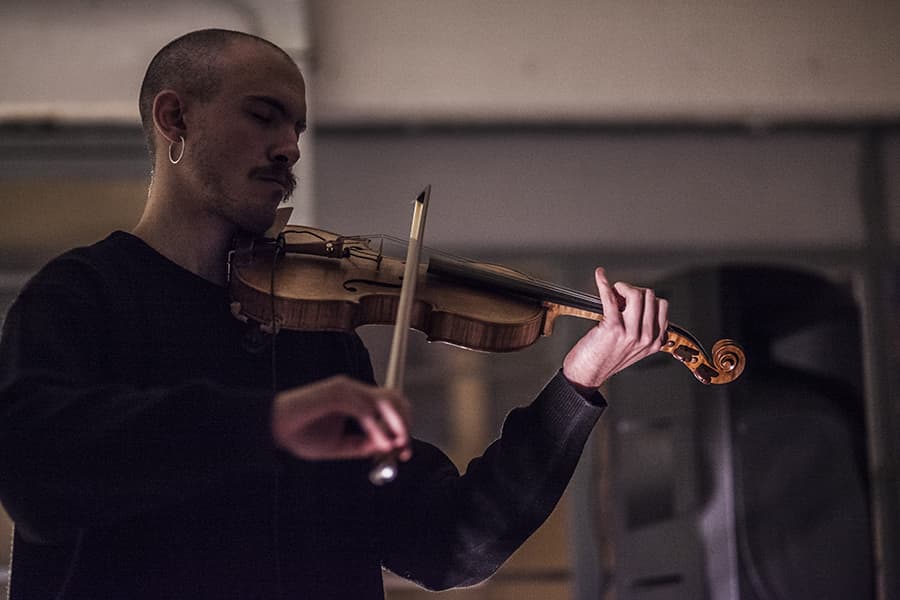 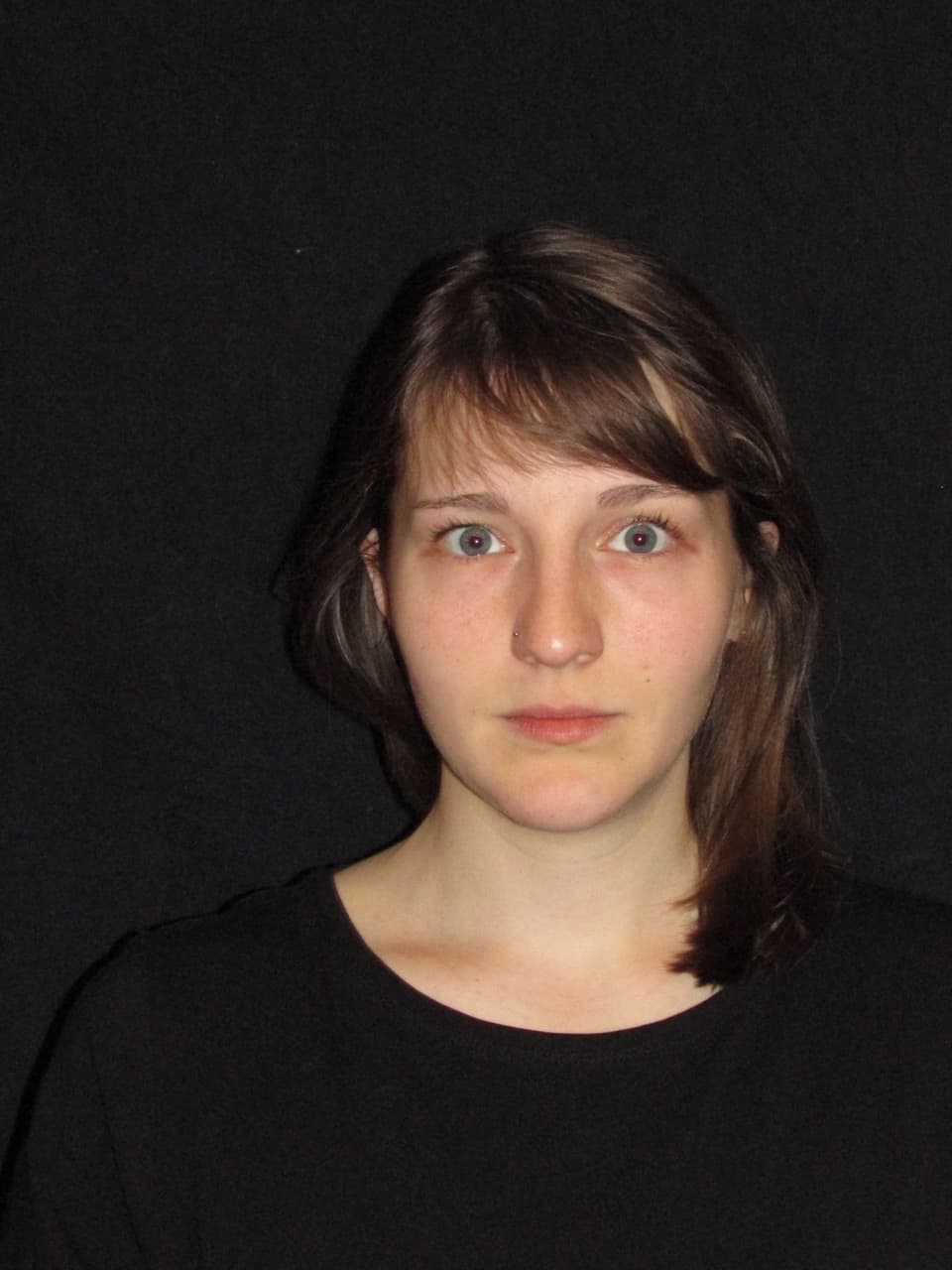 Dimos Vryzas is a violinist, born in 1992 in Thessaloniki, Greece. He started playing the violin at the age of seven. After graduating with his high school diploma at the French College De La Salle in 2010, he studied Political Sciences in Aristotle University of Thessaloniki. He holds a diploma of Classical Violin from Aristoxenio Conservatory of Thessaloniki where he graduated in 2016. Since his adult years, he started experimenting with sound effects on the violin, playing with noises and creating various soundscapes while getting involved in different bands and projects. He composed music for several theatrical plays in Greece. Since 2013 he started a solo music project called Unshaped_Ahead, working with live looping and noise sounds.

Taking various master classes in Greece and abroad, among others with Marcus Stockhausen, Fred Frith, Lucas Nigli, Harald Kimmig, Fotis Siotas and George Ε. Lewis gave him the opportunity to gain important experiences. Free improvisation is at the core of Dimos Vryzas’s works. He performs as a solo improviser as well as in various formations. Since September 2017 he studies as an improviser at the Musikakademie Basel, Master of Arts in Specialized Musical Performance in the improvisation class of Alfred Zimmerlin and Fred Frith.
dimosvry@gmail.com

Eva-Maria Karbacher was born in 1992 in Zurich. She started playing the piano at an early age and took additional saxophone lessons at the age of ten. After graduating with her high school diploma at the Kantonsschule am Burggraben in St. Gallen, she studied at the Hochschule Luzern in the saxophone class of Sascha Armbruster and Beat Hofstetter as well as in Berlin at the Hochschule für Musik Hanns Eisler in the class of Johannes Ernst. In 2017 she graduated in Lucerne with a Master of Arts in Music Education. Taking various masterclasses at home and abroad, among others with Marcus Weiss, Lars Mlekusch, Ivan Roth, Laurent Estoppey and Kyle Horch gave her the opportunity to gain important experiences.

In addition to the interpretation of contemporary saxophone literature, free improvisation is at the core of Eva-Maria Karbacher's musical work. She performs as a solo improviser as well as in various formations. Since September 2017 she deepens her abilities as an improviser at the Musikakadmie Basel with a Master of Arts in Specialized Musical Performance in the improvisation class of Alfred Zimmerlin and Fred Frith.
emkarbacher@gmail.com